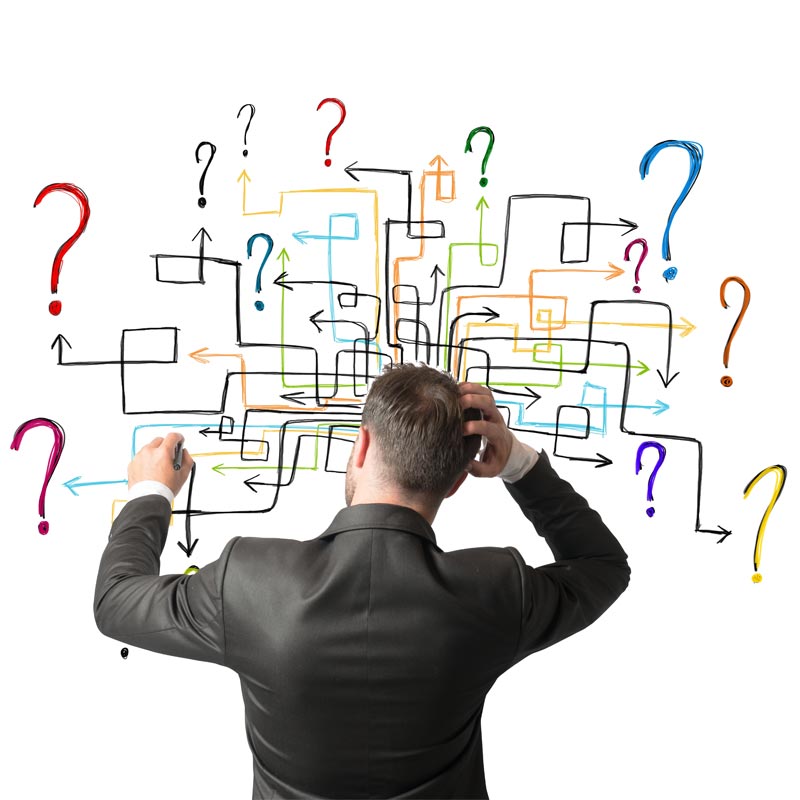 We know that companies who place a greater emphasis on information content in their business decisions will be those that face fewer surprises. In fact, getting the right information will be a key success factor for companies in the 21st century.

So why do so many businesses shy away from investing in some research about a new product idea, an acquisition, or business expansion opportunity, but will happily plunge ahead with a scheme and rack up million dollar losses when it turns out to be a dud! Why is it that so many companies keep making costly mistakes?

The reasons business people make the wrong decisions, in fact, stems from a multiplicity of causes. A colleague of mine a number of years ago identified seven deadly sins of business decision-making that alas are too familiar to us all. Her list included:

b) arrogance in that we would never go outside for information (nothing much changes in the way they do things – neither do their customers, suppliers or markets!!);

REMEMBER: Asking the wrong question is not such a sin if a company is willing to recognise the mistake, backtrack and then go forward.

3. Old Demon Ego – Decisions which companies should never take, and would never take if egos could be set aside, do get taken because decision-makers can’t give up their pet ideas. Whilst decision makers often know they should go and get some objective input to test their idea, they deliberately avoid doing so. That’s because they know an input of information will likely show up the flaws in the project. That would mean they would have to abandon the idea!

a) winging it overseas

b) rushing with a product launch/project

c) leaving it too late

It is important to remember here that most readily available information is generalised and intended to inform in a general way. Rarely is generalised information, which just about anyone can access, tailored enough to support business decision making, which has to occur in the context of a particular company’s situation.

5. If It Works for Them, It’ll Work for Us (All Aboard the Bandwagon) – Rather than undertake soul searching to find the right choices, a company instead looks around at what others in its industry have done and simply mimics them. By imitating what others do, there is no need to take an idea and test it in the context of your own company to see if there is a fit.

a) following the fashions

b) safety in numbers

c) why is no-one else doing this?

6. Hear No Evil – Another way companies avoid making the right decision is by making sure they never hear anything unpleasant. We all know this one and some of the symptoms include:

b) shoot the messenger

7. No Decision Can be the Same as a Bad Decision (Hurry Up and Wait) – Failure to make a decision does not just mean a lost opportunity. It can also take away the chance to take corrective action to an existing business situation.

b) head in the sand

c) eye off the future

Do you recognise any of these in your business?

Every company and every industry runs the risk of thinking that the current status quo will continue.   Many decisions taken or not taken rest on this assumption.