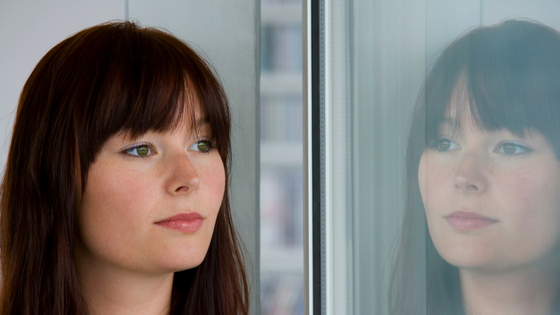 My wonderful colleague Jack Speer from Delta Associates http://delta-associates.com wrote this wonderful post. I just had to share it with you. It is about how you really see yourself when you look in the mirror.

Are you happy or horrified? What is your self concept when you look at yourself? Some people can’t get enough of their own face in the mirror, others avoid looking at all. Where do you sit?

As an executive coach one of the most important aspects of coaching is working on what a person sees when they see themselves—their fundamental self-concept. You have to get self-concept right for anything else to be right. The ”Me” in the mirror is fundamentally a reflection of how you perceive life. What you see will literally be what you get in your life.

The health of your self-concept is almost as important as your physical health. It is so fundamental and foundational that no matter how smart you are, how many degrees you’ve earned, your work experience—self concept trumps everything else. To a great extent your self-concept will determine your station in life, your wealth, your happiness and well-being.

Do You Accept False information about Yourself—Why!?

My father was not a self-disclosing person, so it surprised me one day when I was a teenager when he told me that he would have been happier and more successful in life if he hadn’t been so ugly. Nothing could have been farther from the truth as revealed by his childhood photos. Later in middle age, he was a very good-looking and distinguished man. He simply accepted false information that he was given about himself.

You may be carrying around false information that was given you very young, and you still believe it.

The Wrong Kind of Humility Can Ruin Your Life—Stop It!

Religious upbringing, parents, and culture have a lot to say about how you’re likely to see yourself. I grew up hearing sermons about being humble, and my West Texas parents told me and my brother over and over again—”don’t get the big head.” If I had ever told my parents I wanted to grow up rich and famous, they would have sat me down for a good talking to. It was out of the world view of my West Texas relatives. The opposite of humble is not really haughty. It’s a belief in yourself to be self-confident and to serve those around you.

Change Ideas that Will Change Your Life—If You’ll Do Them!

Here are some thoughts for you every day when you look in the mirror—they will change your life, but not all at once—changing your self-concept is as difficult as anything you’ll ever do. So here it is . . .

1. Be true to you–your very own guru. When you look into the mirror, you’re seeing in you a unique individual, never ever to be repeated in the history of the world. There are many guides and sources of knowledge and inspiration—but you are the only one capable of evaluating what you receive, and making the final decision.

People spend a lifetime looking in the mirror and trying to dress, speak, and style themselves like someone they have seen and admired. What they say is what they think people want them to say. When they walk into a room, they wonder who they should try to be.

You certainly must remember you’re not God nor Superman. At the same time, you must trust yourself ultimately. It doesn’t mean you have to abandon your belief, faith, or respect for authority—nothing further from my point. It simply means that you are the last word. Otherwise, you run the risk of drinking someone else’s Kool-Aid—not healthy!

2. Be your own hero—There is no one else you should admire more. When I became my own hero people around me began to look at me differently—like a leader they depended on. Previously, nobody ever beat up on me and put me down like I put down myself. When I was victim of my bad self-concept, everyone responded to me accordingly. Every time I tried to take a role of leadership, I got the feeling that people were saying, “Who do you think you are?” The reason they responded that way was I didn’t believe in who I was. When I believed in myself, others believed in me.

3. Don’t let anyone put you down or limit you because of physical appearance—there’s no “Leaders Look”. At 5’8” inches, I’m getting shorter every year as people grow taller. I go to the gym several times a week and pass by young people who are anywhere from 6’5” up to approaching 7 feet. I am a dwarf compared to these people. Yet short people are doing some really tall things. One of my favourite personalities is Meet the Press host, Chuck Todd, 5’3”, who beat out a lot of very tall people for that position. So if there is something about your physical appearance that you can do something about, work to change it, certainly. But short, tall, fat, homely people who believe in themselves are achieving huge accomplishments every day.

4. Develop your own style that works for you. Leaders come in all kinds of wrappings. I have also known leaders who are incredibly shy, physically unappealing, take-charge people, don’t make any waves folks, sharp elbowed, aggressive personalities, quiet, talkative—all who were successful within their own styles. These people see themselves as leaders and when they walk into a room people often ask, why? It is because of their own self-concept and belief in themselves. Every day you are auditioning for the leading role in the greatest movie of all—the stage play about your life. As the star of that play, you don’t want to walk out on the stage, forget your lines, and fall on your face. It’s not easy to be a star, but you’re in that role. Play that role to the hilt. It’s worth the performance.

Find out how you can improve your self-concept. Get in touch for a complimentary coaching session – click here.