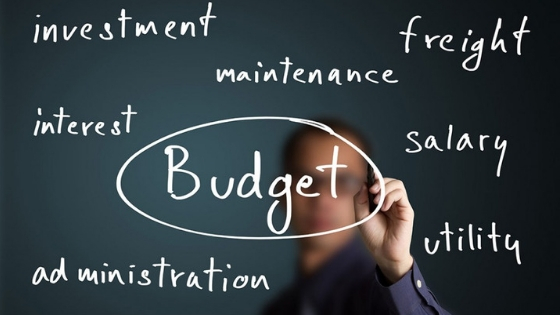 In business, some numbers take on special status.  The cost of capital.  The rate of inflation. The market average.  Last year’s results.  The industry benchmark.  Six sigma. These and other numbers are so exalted, we rarely question, let alone notice, their unintended consequences as mental anchors.

One number stands out in every organisation.

Our colleagues at Advanced Competitive Strategies in the USA conducted a business war game for a major company.  They divided the company’s managers into teams to role-play their own business and their competitors. They were told that they had to allocate their marketing budget among various messages that they could deliver through multiple media. Their market share and gross margin numbers would result from how much they spent and how well they spent it, compared to how much their competitors spent and how well they spent it.

Advised what their budgets were, they were free to spend more or less than those budgets. There were no limits to how far their spending could diverge from their budgets.

Every team, in every year of the business war game, spent within a few percentage points of their budgets.

Unfortunately, the meet-your-budget imperative collides with the competitive challenge. If you are constrained by your budget when an unexpected threat or opportunity pops up, then you are restricted in your options to respond to the threat or exploit the opportunity.

If your competitors work the same way (and they probably do), you might not suffer too much.  However, when new competitors (or newly aggressive existing competitors) charge in, your (real or unconscious) constraints can produce a debilitating competitive disadvantage.

This competitive disadvantage can trigger a downward spiral that’s hard to wrest from a heavy budget anchor.  A competitor takes a share, so sales go down; as sales go down, budgets go down; as budgets go down, the ability to respond to the competitor goes down; as responses weaken, the competitor takes more share; and so on.  A strategist in a large company described this conundrum: We have enough money to buy bullets, but not enough to buy a scope for a rifle that will let us aim accurately.

The downward spiral isn’t the only way budget anchors can taint strategic thinking.

In another business war game, a budget anchor led managers to assume their strategy would work.  They knew they could cut their costs, which would give them pricing flexibility; they figured that because their competitors couldn’t cut their costs, their budgets would force them to either cut spending or maintain a higher price.  They were wrong.  When their own managers put themselves into their competitors’ shoes – one of the main benefits of business war gaming – they figured that their competitors couldn’t afford not to match a price cut.  Of course, they couldn’t guarantee that their competitors would behave that way.  Nonetheless, the insight led them to a major change in their thinking, which led to a major shift in strategy and a major improvement in performance.

Why do upstarts beat incumbents?

Remember articles in our previous issues of MindShifts® Matters?  Upstarts supposedly “think outside the box” or “break the rules.” What are the boxes, what are the rules, that bind the incumbents?  The budget anchor is one.  An upstart thinks investment; an incumbent thinks budgets.  The different word reflects the different boxes and rules.

One of my wise colleagues refuses to talk about “budgets.” He talks about “spending plans.” It helps us think more expansively and more creatively.

Watch the thinking that goes on in your company’s strategy sessions.  Are there unstated assumptions about the inviolability of the budget?  Is there an important opportunity, or threat, that people are trying to fit inside the budget, rather than thinking about spending what’s necessary to deal with the challenge?

What you can do if you believe that the budget does not reflect the needs of an opportunity or threat is to show how a different level of spending would be of benefit.

Finally, note that anchors and other assumptions partly influence budgets themselves.  We should spend X% of sales, this year’s budget is last year’s plus an adjustment of Y%, we’ve got to keep spending to $Z to boost the stock price.  Other strategy-related issues have anchors of their own: a new-product launch costs $A, it takes B years to become profitable, the pricing sweet spot is $C.

A ship moves only after it raises its anchor.

For more information about how you can improve your competitive intelligence capabilities get in touch!

Do you have the energy to succeed?
Scroll to top